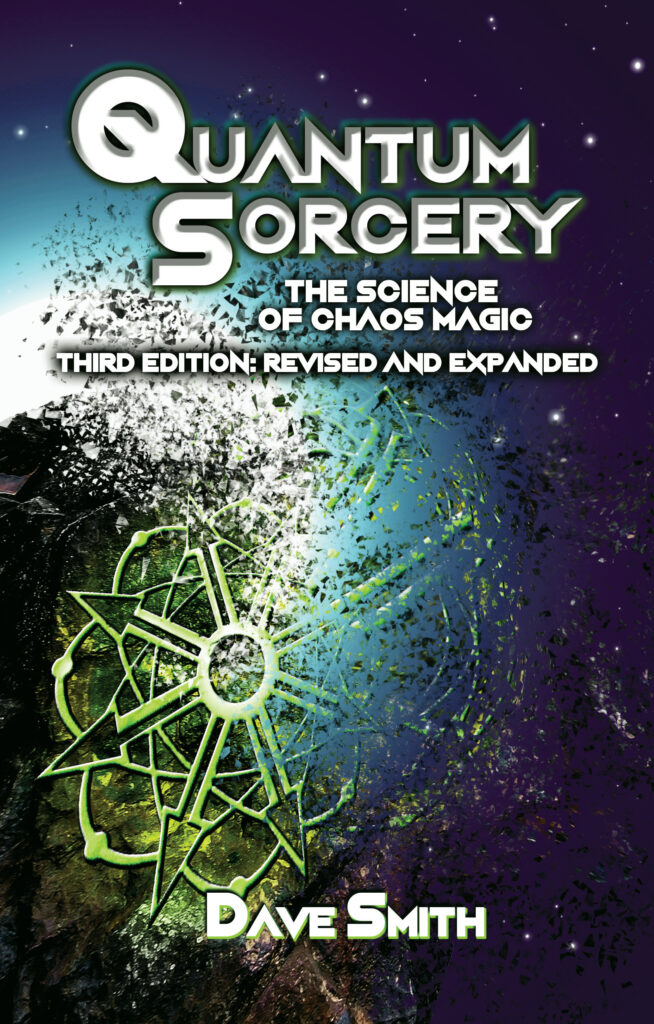 I am the author of Quantum Sorcery: The Science of Chaos Magic. The third revised and expanded edition is now available from Megalithica Books.

Quantum Sorcery is a modern magical system through which an individual can learn to manifest desired effects in the physical world through the exertion of Will, assisted by appropriate symbols and tools. This paradigm incorporates elements from earlier magical systems as well as physics, psychology, mathematics and biology to propose a mechanism by which such an act might occur through means more natural than supernatural.
Basic magical principles such as the laws of similarity and contagion are examined alongside the principles of entanglement and entrainment. The application of thermodynamic laws and communication theory to the transmission of magical intent is approached. Examples of ritual workings and the creation of magical constructs are included to display the flexibility of Quantum Sorcery as a stand-alone system, a larger framework in which other types of magic can be practiced, or as a robust set of techniques for those who prefer to assemble their own system of practical sorcery.
To learn more, or to purchase a copy, visit the Quantum Sorcery website.